How Does a Woman’s Facelift Differ in Technique Than a Facelift for Men? 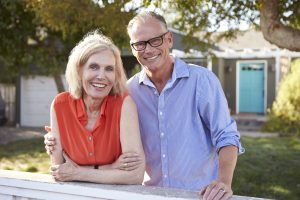 If you pass by a newborn baby in a stroller on a Clearwater street, you likely won’t be able to tell if the bundle of joy is a boy or girl – unless the little one has a bow in her hair or is wearing a “Daddy’s Stud” onesie. But as males and females age, we definitely develop different features on our faces. Men’s faces, in particular, are typically more angular in structure, especially in lower facial regions such as the jaw, chin, and neck. Men also usually have shorter hairstyles, which makes it more difficult for plastic surgeons like Dr. Moraitis to disguise scars in a man’s hairline.

When Dr. Moraitis makes a traditional facelift incision, which starts in the hairline around the temple and goes down and around the ear and extends to the bottom portion of the face, he does his very best to keep the incision entirely in the hairline so nobody will be able to notice it when it heals. But male patients present additional challenges when it comes to making incisions that don’t leave telltale hints that a patient has had work done. In particular, Dr. Moraitis is very careful not to distort the natural location of the sideburns – which are generally longer and larger in men – so that they don’t look “off” after surgery.

The lower half of men’s faces tend to be more prominent, such as a strong jaw or chiseled chin. Because of this, as men age, the way the skin sags from these facial features is different from how it sags on a woman’s face. Oftentimes, Dr. Moraitis finds that men’s #1 concern about their face when inquiring about a facelift is that their face looks heavy or congested.

This means that for male facelift patients, an incision that provides ample access to the lower face is in order. As such, many males choose not to have a Short Scar incision which usually only allows Dr. Moraitis to address mid-facial issues. They often opt for the traditional incision, along with an incision at the bottom of the chin that allows Dr. Moraitis to access any jowls that may be hanging or sagging from the cheeks.

Assuring Clearwater Men that Facelifts are for Them, Too

Because all too often the media portrays women as the primary patients for plastic surgeons, sometimes men who desire a cosmetic procedure aren’t quite sure they’re even the right type of candidate for the surgery at all. A man himself, Dr. Moraitis works hard to bust this myth, so that all patients – male and female – feel comfortable calling to schedule an appointment, sitting in the consultation room, and ultimately being wheeled into the operating room. The idea that only women want to or should care about maintaining facial youth is a stereotype that Dr. Moraitis strongly feels needs to end.

Scheduling A Consultation with Dr. Moraitis

If you’re a Clearwater man interested in a facelift, please know that you are welcome at Moraitis Plastic Surgery.

In fact, Dr. Moraitis performs this procedure on several men every year! To schedule a consultation, simply call (727) 773-9796.

What are the Different Facelift Techniques?

10 Tips When Considering a Facelift

5 Benefits of Facelift vs. Dermal Fillers